Videopoems and problems of choice 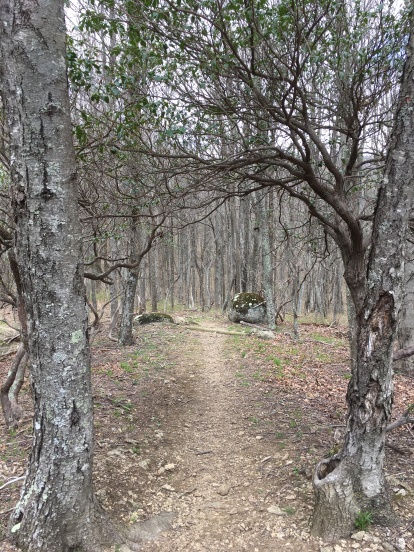 If you’d asked me in early August whether I could carve out three full days at the end of the month for a digital storytelling workshop, I probably would have responded profanely. Too many other projects! But I had signed up months before–that was choice number one. I was committed.

Choice number two, what kind of text to bring to the workshop, was part of my decision to enroll. I’ve been keeping an eye on the very cool art form of the videopoem–Moving Poems is a good place to learn about it–and I wanted to experiment. So I knew I’d select a poem, and it made sense to pick one from the chapbook Propagation coming out this fall. Since this chapbook is a narrative in fragments, the first piece, “Absentation,” was a no-brainer for the script. 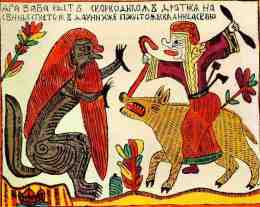 Choice number three was really a months-long suite of choices, sometimes panic-inducing. What images and sounds should I be collecting towards this project? “Absentation” features a woman standing at the edge of a wood on an early spring morning, in crisis, about to go for a hike and think through her options. I figured it wouldn’t do any harm to stockpile literal images I might not use, so last April, I photographed and recorded woods scenes. Imagining other kinds of source material was harder. Propagation was inspired in part by Vladimir Propp’s Morphology of the Folktale, so I searched for public-domain Russian woodcuts and fairy-tale illustrations, as well as books from the library on folklore and wildflowers. I even organized a backpack resembling the one my main character is later revealed to be carrying, in case I wanted to film myself packing or unpacking it. I put books in it, snacks, and random items, like a single high-heeled shoe (why?). As “Absentation” hints and later sections of Propagation make clear, my protagonist thinks she might be pregnant and is carrying an EPT into the forest. Should I buy one for my hypothetical backpack shoot? If so, what if I bump into a colleague or friend in the store? On the Tuesday night before the workshop began, I wondered whether I could talk my husband or daughter into buying a pregnancy test for me. Didn’t seem likely.

It’s especially hard to make these choices the first time you try a form, because you just don’t know how the medium works. I did end up taking woods-edge video at dawn on Thursday morning, just before the second day of the workshop, although I only used five seconds of the twenty minutes I shot. The backpack stuffed with weirdness remains untouched in my dining room. I didn’t use any of the books or Russian pictures, except for photographing the relevant page from Propp and superimposing it over other images. I was going for a sense of old fairy tale structures hovering over the character’s adventures, but the poet Carol Dorf posted on Facebook that the superimposition suggested entering a forest of words. That’s cool. 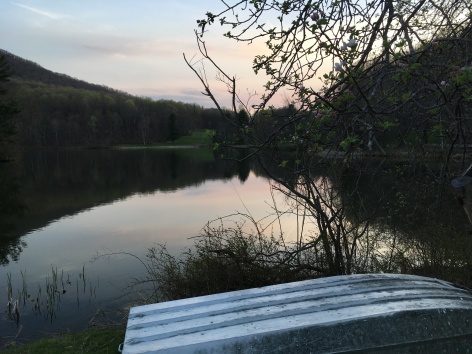 The funny thing about how the video came together: I ended up selecting images from the pool available to me quickly, almost intuitively, sketching the sequence fast. I was actively avoiding simple illustration, on the principle that visual and verbal images shouldn’t be redundant. But mostly my process was like the process of drafting poems, in that you’re following associations, unsure where they’ll lead. Oh, I realized, those bloodroot flowers against the mulch look starry–let’s try them against the “ruminating stars” line. Later I went back and adjusted color and contrast to heighten the resemblance, and in fact adjusted colors all the way through my piece, so that the video moves from dark, cool tones to warmer ones. But the basic visual structure preceded conscious deliberation. I think I was trying to evoke an introspective mood–that very alive, slow-motion feeling one has during a crisis–but really, I’m rationalizing after the fact. I felt my way through it.

Making my first videopoem involved other decisions I didn’t know enough to anticipate. Crosscut, blurry dissolve, or fade to black? How should I manage ambient noise in relation to voice? What kind of music, among pieces one can use without royalties, would work best over the closing credits? What should titles and credits look like? I practiced reading the poem but in retrospect, I think I could have done better with certain intonations. I didn’t fully understand how hard it is to alter the audio once you have everything else in place, the beats and durations lined up.

It would be interesting to do this again with a very different kind of piece, perhaps even writing towards assembled visuals instead of the other way around. I fell back here on my basic taste in art: I’m attracted to a certain balance of lucidity and mystery, concreteness and abstraction, that I suspect this video reflects. But there are so many other approaches I could try! I’d also like time to digest this manifesto on videopoems by Tom Konyves, which I discovered after my venture. I feel perched on the edge of a world of possibilities.

But fall term is basically here, so my next venture is teaching digital storytelling (with help on the technical aspects!–an expert will teach iMovie and help us troubleshoot). My first-year composition course is on “Other Worlds” and in November and December, students will create videos on the theme of borders and boundary crossing. I don’t know if I’ll have time to make another video alongside them, but I hope so. My warm thanks go out to the Digital Humanities and IT staff at W&L and to our talented visitors from Story Center–without them, I wouldn’t even have set out on the path.