One cheerful thing about bare trees is the omen of changed rhythms: the hard work of fall is coming to fruition, with dream-time ahead. Two more weeks of teaching, then I hope I’ll finish making decisions about the terrific poems lingering in Shenandoah‘s inbox. Editor-in-Chief Beth Staples is frantically gearing up to relaunch that magazine in the next couple of weeks (the new logo, for instance, will debut by Twitter count-down any minute now, so watch @ShenandoahLit). Other editors are obviously sorting through their leaf-duff, because I had a rejection over Thanksgiving that made me sigh, and an acceptance that made me giddy (Beloit Poetry Journal!–a magazine I’ve long admired but never before cracked). I have poems in the handsome new issues of Cascadia Subduction Zone and Manifest West, and Sweet very kindly featured me on their blog on Thanksgiving Day. I also had the pleasure of slowing down for a few days in a Virginia Beach rental house with my immediate family, my mother, my brother, and one of my daughter’s housemates–as well visiting nearby egrets, sea turtles, sting-rays, and more. I love my students this term and have some cool lesson plans for the end-game, but lolling around with books and pie, as well as taking long walks on chilly beaches and in the Back Bay Wildlife Refuge, were very much needed.

One task I completed just before the trip was a residency application for 2020 (!), which gave me cause to reflect on where my poetry has been and where it’s going. I knew midlife had been a big topic in recent years, but I realized more clearly just how much of my poetry has also been about anger, more specifically women’s anger. Now I’m thinking about the consequences of anger, how it can be useful but also harmful, so my poems seem to concern healing and metamorphosis. My new magazine publications contain some of each–poems from a complete ms, in which I’m coming to terms with being middle-aged in the middle of nowhere in an especially messed-up part of a messed-up country, and from a newer ms, just taking shape, that I feel superstitious about describing yet (except in grant/ residency applications, in which you basically have to act like you know EXACTLY what you’ll be writing for the next two years). Peeks at two of the older poems, “Fifty-Fifty” and “White Noise Machine,” are below. 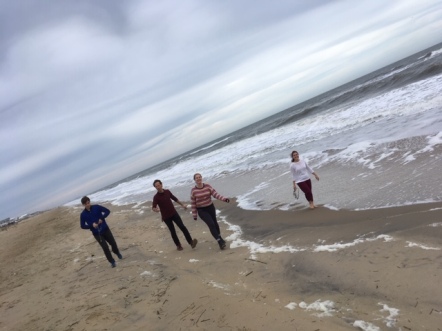 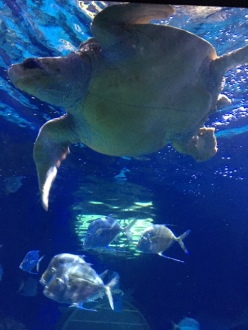