When your child takes a summer internship in Siberia, you think, hmm, THAT’s a long way for a teenager to go to escape parental interference. Maybe you made the normal adolescent struggle for independence a little difficult?

Parents can follow their kids now through multiple technologies and social media platforms, and I do. With trust, and love!–but it doesn’t give a twenty-year-old a ton of room. I went to college only an hour from home, but without cellphones or email or Facebook or any other mode of mutual visibility, just a payphone at the end of the hall that, occasionally, someone would pick up after twenty rings. That could be hard, but also a huge relief.

I’m not saying M. went to Siberia BECAUSE the word is synonymous for “as far away as possible.” She’s long been fascinated by all things Russian, studying the history, literature, and politics. But my eldest has finally, ingeniously escaped my range!

So I’ve been sending my thoughts so far east it’s west again, in between revising mss, organizing submissions and queries, recovering from an annoying back injury (totally unrelated, I’m sure, to stress over packing my child off to the Altai Mountains for six weeks), and building up new research for an August conference in Amsterdam, which has involved the usual leaps and dead ends, excitement and wailing. You know–the coniferous forest of hard thinking, prowled by tigers of self-doubt. The tundra of isolated work, wondering when you’ll find a settlement. Supply your own ridiculous poet-parent Siberian metaphor here. 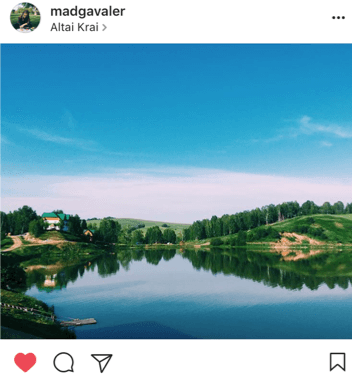 I’m also watching my phone for updates from the countryside south of Novosibirsk, but trying not to appear desperate for them. I’m happy to report that a twenty-first-century voyager can text even from Siberia, and that, from what I can judge, my daughter is having a fabulous adventure. She’s teaching English to kids and working hard to learn as much Russian as possible (from a teacher with a Kazakh accent). The locals are friendly and her fellow interns are a cheerful group of Brits from Bristol Uni (though most of them leave soon, with a couple of new interns coming from other countries). The lowlands have been balmy and beautiful, and they’re heading towards a new camp, higher in the mountains (have you seen The Eagle Huntress?). The stresses are sleep deprivation–it’s light all the time–and food, but neither is dire. M. has become a connoisseur of kasha, preferring the barley-millet version served at lunchtime, with its tantalizing flavor of “burnt electrical cord,” over the less describable breakfast variety. What she can’t get behind, not surprisingly, is the meat–“myaso,” I think, in my alphabet. (“What kind of meat?” Blank looks: “Just myaso.” Ah, mysteries.) I wish I’d insisted on packing another bag of almonds.

From the present wilderness, here are a couple of new reviews, a micro of Niall Cambell’s First Nights up at the Kenyon Review, and a longer one of Athena Kildegaard’s Ventriloquy at Valparaiso Poetry Review. Both collections are very much worth your time.

For now, back to the quiet life. Well, quiet on the outside. Here’s a glimpse of the current menage, with Chris helping me rearrange a poetry ms, the still-at-home child eating American food in a Doctor Who shirt, and Poe making sure no recyclable grocery bags wing off to Russia, or the next room.